Platinum clusters with precise numbers of atoms for preparative-scale catalysis 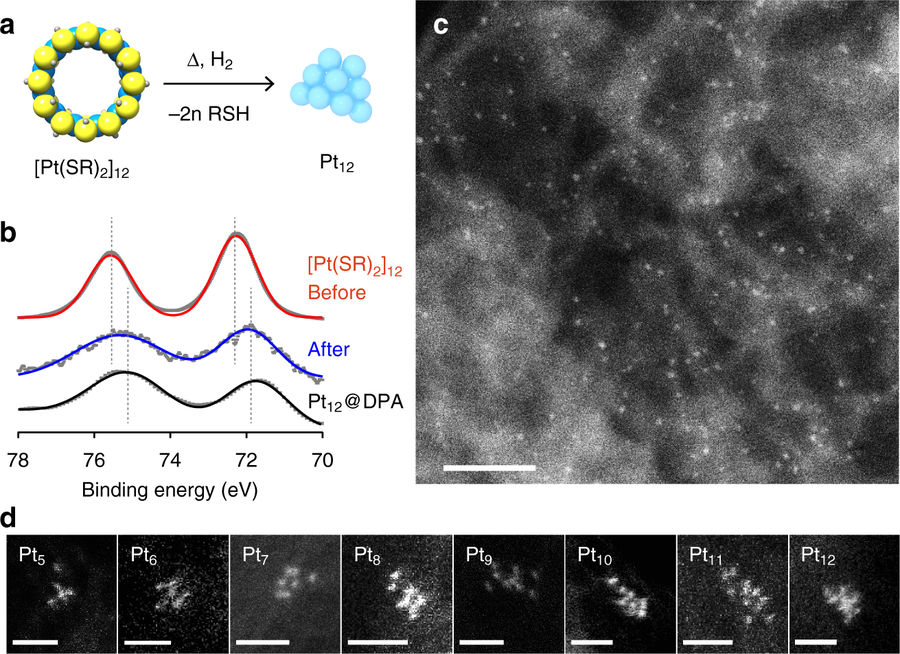 Subnanometer noble metal clusters have enormous potential, mainly for catalytic applications. Because a difference of only one atom may cause significant changes in their reactivity, a preparation method with atomic-level precision is essential. Although such a precision with enough scalability has been achieved by gas-phase synthesis, large-scale preparation is still at the frontier, hampering practical applications. We now show the atom-precise and fully scalable synthesis of platinum clusters on a milligram scale from tiara-like platinum complexes with various ring numbers (n = 5–13). Low-temperature calcination of the complexes on a carbon support under hydrogen stream affords monodispersed platinum clusters, whose atomicity is equivalent to that of the precursor complex. One of the clusters (Pt10) exhibits high catalytic activity in the hydrogenation of styrene compared to that of the other clusters. This method opens an avenue for the application of these clusters to preparative-scale catalysis.