Precious metals such as platinum, gold, and palladium are widely used as catalysts in various applications besides fuel cells, but since they are costly, the establishment of new technologies to reduce the amount of use is strongly desired. Therefore, further improvement of the activity of the noble metal catalyst is an urgent task. Studies of technologies that significantly reduce the amount of platinum used while maintaining performance have been conducted from various angles. For this purpose, it is generally possible to improve the utilization efficiency of the catalyst surface by making the particles smaller and improving the surface area per mass.

In the example of platinum particles, since the diameter of the platinum atom is about 0.28 nm, in principle all atoms should appear on the surface by miniaturizing the particle diameter to about 1 nm, and the specific surface area should be maximized. However, many previous studies have stated that the activity decreases when the particle size is reduced to near 1 nm, which is a big dilemma in catalyst design. Although there are various explanations for this deactivation, it is thought that the change of the electronic state due to the decrease of the particle size, or the increase of the ratio of the edge and apex of the surface changes the adsorption characteristics of the oxygen molecule. Therefore, in general, platinum nanoparticles having a particle size of about 3 nm are widely used as fuel cell catalysts.

What is the 1 nm platinum particle whose activity has lost? Platinum particles of which size are larger than 2 nm tend to have a stable face-centered cubic lattice (fcc) structure, which is the same as the crystal structure in bulk. However, since the number of atoms is too small at about 1 nm, it is impossible to take a periodic crystal structure (fcc). Conventionally, this disappearance of the crystal structure has been interpreted as "amorphous". Because the amorphous material does not have any specific surface structure such as the (111) plane or the (100) plane, it was considered to be an undesirable change. Simply put, it has been thought that particles that are too small cannot be used as catalysts. However, recent examples have also demonstrated in which "single-atom" metal existing on support exhibits high activity as a catalyst. This fact suggests that the presence or absence of a crystal structure should not be a requirement for high catalytic activity. The science of subnano particles, in particular, their catalytic properties, is an unexplored area that has rarely been studied. 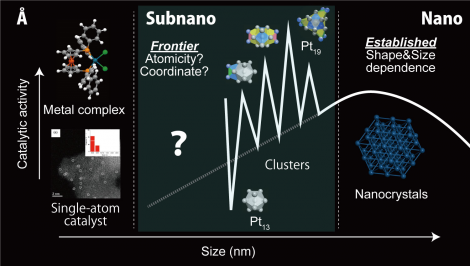 Figure 1. The field of Metallic subnanoparticles is at the frontier between nanoparticles and metal complex (or single-atom catalyst).

One concept leading to understanding this subnanoparticle is a metal cluster. This metal cluster is defined as an isolated assembly of several to several dozen metal atoms. Metal atoms vaporized into a vacuum by such as laser ablation or arc discharge are aggregated to form clusters. Since this gas phase cluster is very unstable, it cannot be isolated from the vacuum chamber and used as a catalyst. On the other hand, clusters whose surfaces are protected with ligands such as thiol and phosphine were isolated. However, since the surface is completely protected with a ligand, it is difficult to utilize it as a highly active catalyst. Subnanoparticles outside the established categories of gas-phase clusters and ligand protection clusters cannot be synthesized in a single-atomic precision. There are many unrevealed properties of the clusters even the basic physical properties.

What is necessary to utilize subnano particles including catalysts? First, it is necessary to establish a chemical synthesis method. By using the above gas phase synthesis method, a monodisperse cluster with the strictly defined number of atoms can be obtained, but only a very small amount can be synthesized. Ligand protection clusters can be mass synthesized in solution phase, but their constituent atomic number variations strongly depend on ligands. Furthermore, it is difficult to remove it because the surface is strongly protected.

As a third method, we focused on regularly branched polymers called dendrimers. Dendrimers are a class of polymer having a unique geometric structure composed of a central molecule called a core and a side chain portion called a dendron. Generally, macromolecules have a certain degree of molecular weight distribution, but high generation dendrimers have distinctive features that they are almost single molecular weights, although they reach tens of thousands of molecular weight. Polyamidoamine (PAMAM) dendrimers are commercially available, and capable of producing complexes with metal ions as the templates for metal particle synthesis. However, in order to specialize in the synthesis of sub-nanoparticles, we used proprietary phenylazomethine dendrimers that can precisely define the number of accumulated metal ions. 1 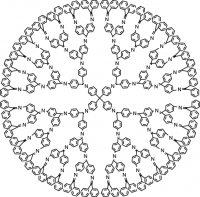 Figure 2. An example of a dendrimer-based template used for the synthesis of platinum subnanoparticles.

We have developed a new precision metal accumulation method in which the number of metal ions is uniformly distributed to a large number of coordination sites (Schiff bases) arranged on this dendrimer. By the chemical reduction of dendrimer metal complex with a definite number of atoms, metal particles with the definite number of atoms inside can be obtained. 2 For example, platinum (IV) chloride, which is the precursor, is complexed in a template dendrimer, and then subsequently treated with a reducing agent (sodium borohydride) to obtain subnanoparticles of zero-valent platinum. We succeeded in obtaining an accurate cluster of constituent atoms within a limited space of the dendrimer.

Variations of monodispersed metal subnano particles that can be synthesized by this method include 12, 28, 60 platinum which is the number of metals that can be precisely accumulated in the phenylazomethine dendrimer of the tetraphenylmethane core used as a template. Compared to the gas-phase synthesis method, this dendrimer-based method can be carried out in solution-phase, allowing the application to large-scale (milligrams or more). In addition, the mass fractionation (purification) is not necessary because it is selective synthesis. This point is a significant advantage from the viewpoint of effective utilization of precious platinum elements. TEM observation of each cluster exhibited images of tiny particles of which diameters are 0.9, 1.0 and 1.2 nm, respectively, with no particle size distribution. This particle size coincides with the particle diameter expected from the structural model. 3

In principle, this method can control one atom level. We have also succeeded in selectively synthesizing platinum particles consisting of 12 atoms and 13 atoms. 4 This is the first example in which weakly protected sub-nanoparticles capable as a catalyst in solution can be synthesized with an accuracy of one atom. More interestingly, it was found that the oxygen reduction reaction (ORR) catalytic activity changes irregularly as each platinum atom was added. Particles of 12 platinum atoms (Pt12) exhibited 2.5 times the activity of the platinum particles of 13 platinum atoms (Pt13) even though Pt12 is only one atom less than Pt12. Also, platinum particles with 19 atoms (Pt19) exhibited the highest activity. 5 It was found that the activity per mass of Pt19 was 20 times higher than that of commercially available platinum nanoparticle(3-5 nm)-supported carbon catalyst which is widely used for fuel cells. 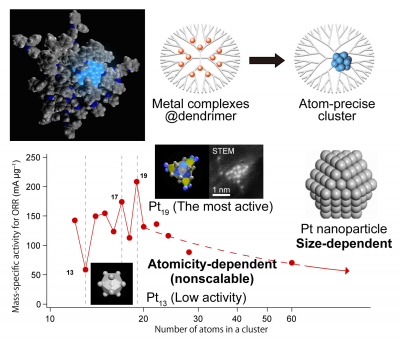 Figure 4. Catalytic activities of the sub-nanoparticles are different by the number of atoms. When it is composed of 19 platinum atoms, the maximum oxygen reduction reaction (ORR) catalytic activity emerged.

Recently, we aimed at further refinement and miniaturization and successfully synthesized sub-nanoparticles of 5 atoms to 12 atoms with one atom precision. 6 In addition to platinum, it has become possible to obtain ternary7 and 5-element8 particles, in which three to five kinds of elements are mixed within 1-nm particles, as well as ternary particles. We are currently studying to create innovative catalytic functions that cannot be achieved with existing metals and conventional alloy nanoparticles by utilizing the novel synthetic method for the chemistry of subnanoparticles.